The International Olympic Committee (IOC) Executive Board (EB) today decided to follow the recommendation of the Future Host Commission for the Games of the Olympiad to enter into a targeted dialogue for the Games of the XXXV Olympiad. The IOC will start more detailed discussions with the Brisbane 2032 Committee and the Australian Olympic Committee (AOC) about their potential to host the Olympic Games 2032.

Under the IOC’s new, more targeted and flexible approach to future host elections, the two Future Host Commissions (Summer and Winter) are permanently open to exploratory, non-committal continuous dialogue with interested parties and National Olympic Committees (NOCs) on their ambitions to host future Games. The Future Host Commission gave the opportunity of a presentation and a discussion to the interested parties in the continuous dialogue, which resulted in meetings on 3, 8 and 9 February 2021. The Commission has also engaged with those NOCs that have chosen not to be in the continuous dialogue at this stage.
As noted during the reports of the Future Hosts Commissions to the IOC Session last year, the IOC is pleased to be in non-committal discussions with a number of interested parties about future hosting opportunities for either the Olympic Games or the Youth Olympic Games – some of which are simultaneously exploring the possibility of organising a Summer or a Winter edition or the Youth Olympic Games. This is yet further evidence of the importance of the Games and the Olympic values in today’s uncertain world.
The decision to advance the process was taken at this particular moment, given the uncertainty the world is facing right now. This uncertainty is expected to continue even after the COVID-19 health crisis is over. The IOC is considering seizing the momentum offered by the excellent project of Brisbane 2032 and the AOC, in this way, bringing stability to the Olympic Games, the athletes, the IOC and the whole Olympic Movement.
The Future Host Commission will now start a targeted dialogue with the Brisbane 2032 Committee and the AOC, and will report back to the IOC EB on the outcome of these discussions in due course. If all the requirements are met, the IOC EB can propose the election of the future host of the Games of XXXV Olympiad to the IOC Session. If the discussions are not successfully concluded, Brisbane 2032 will rejoin the continuous dialogue. 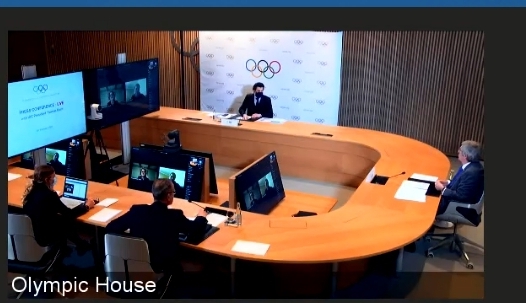 At the same time, the Future Host Commission will also maintain the continuous dialogue with the other interested parties, in order to further develop their excellent and promising projects, be it for the Olympic Games 2032 if the Targeted Dialogue with Brisbane 2032 and the AOC is not successful, or for the Olympic Games 2036 and other future Olympic events.
The main reasons why Brisbane 2032 was proposed for the targeted dialogue are:

AFI President Adille Sumariwala is appointed as new President of ...